So what’s the difference? Between Cassia cinnamon and Ceylon Cinnamon?

The MOST Important Difference between Cassia Cinnamon and Ceylon Cinnamon: Coumarin

An article in the February, 2010 issue of Molecular Nutrition and Food Research notes cassia cinnamon to be both hepatotoxic (damaging the liver) and carcinogenic (cancer-causing). The article noted that in a survey, heavy consumption of baked goods containing cassia cinnamon were likely to exceed safe amounts of this substance. However, Ceylon cinnamon is very low in coumarin (less than 1/100 of a percent), so intake of foods made with Ceylon cinnamon were unlikely to be toxic.

Mother Nature Network notes that, because of this, Germany has placed a safe upper limit on daily consumption of cassia cinnamon – 0.7 ounces (2 grams) per day or less for an adult weighing 132 pounds. There is currently no established upper limit for consumption of Ceylon cinnamon.

What are the health benefits Ceylon Cinnamon?

Along with these benefits, both types of cinnamon can also help people on low-sugar diets, because it sweetens food naturally without the need for sugar. Because Ceylon cinnamon is sweeter in flavour than cassia cinnamon, it serves as a wonderful sweetening agent in foods and smoothies that may help you require less sugar to satisfy your sweet tooth.  This is also the reason why Ceylon Cinnamon is one of the ingredients in herbal slimming tea.

A 2009 study published in the Journal of Alzheimer’s Disease showed that an extract of Ceylon cinnamon inhibited two hallmarks of Alzheimer’s disease, tau aggregation and filament foundation. However, this was an in vitro study (in the test tube – and not on living humans). No human studies have shown benefits for dementia or Alzheimer’s disease at this time. Further research is required. 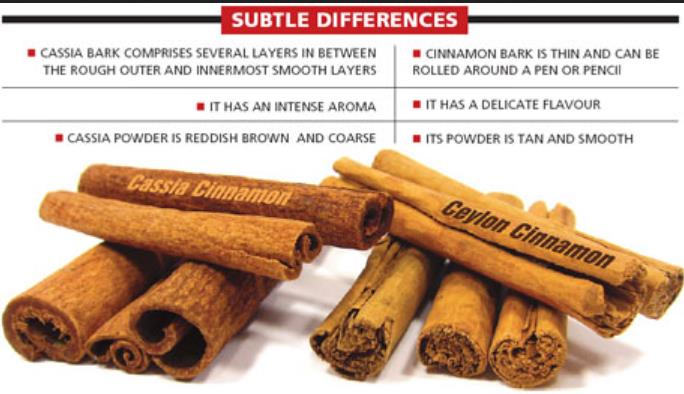 Research suggests cinnamon has many health benefits. However, many experts feel with the potential hepatotoxic (liver damaging) and carcinogenic (cancer causing) effects of coumarin, which is found in high concentrations in cassia cinnamon, you are better off seeking those health benefits from Ceylon cinnamon.

IMPORTANT NOTE:
In line with our values, of ensuring the highest quality in the ingredients that we use, we at Rhymba Hills only use Ceylon Cinnamon

Rhymba Hills products which contains Ceylon Cinnamon, is one of the ingredients in the herbal slimming tea and  herbal detox tea are (please click on product below to try):

One thought on “Health Benefits of Ceylon Cinnamon”