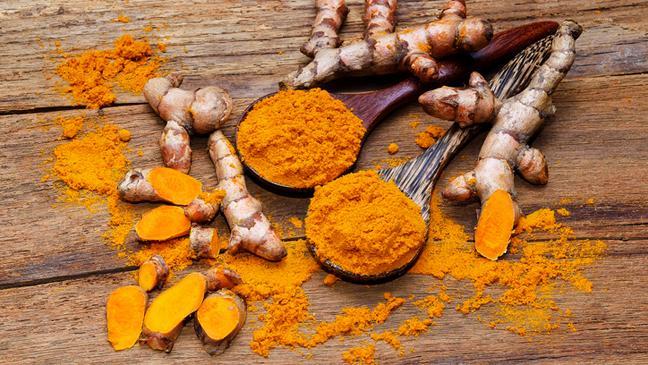 Turmeric is the spice that gives curry its yellow color. It has been used in India for thousands of years as a spice and medicinal herb. Recently, science has started to back up what the Indians have known for a long time. It really does contain compounds with medicinal properties . These compounds are called curcuminoids, the most important of which is curcumin.

– Curcumin is the main active ingredient in turmeric. It has powerful anti-inflammatory effects and is a very strong antioxidant.

2. Curcumin is a Natural Anti-Inflammatory Compound

3. Turmeric Dramatically Increases The Antioxidant Capacity of The Body

– Curcumin boosts levels of the brain hormone BDNF (which increases the growth of new neurons and fights various degenerative processes in the brain) (One of the main drivers of this process is Brain-Derived Neurotrophic Factor (BDNF), which is a type of growth hormone that functions in the brain5. Many common brain disorders have been linked to decreased levels of this hormone. This includes depression and Alzheimer’s disease. – Curcumin may be effective at delaying or even reversing many brain diseases and age-related decreases in brain function

5. Curcumin Leads to Various Improvements That Should Lower Your Risk of Heart Disease

– Improving the function of the endothelium (lining of the blood vessels, thus lowers risk of heart disease)
(Several studies suggest that curcumin leads to improvements in endothelial function. One study shows that is as effective as exercise, another shows that it works as well as the drug Atorvastatin6 – Curcumin reduces inflammation and oxidation, which are also important in heart disease.

6. Turmeric Can Help Prevent (And Perhaps Even Treat) Cancer

– Tumeric can reduce angiogenesis (growth of new blood vessels in tumors), metastasis (spread of cancer), as well as contributing to the death of cancerous cells7

7. Curcumin May be Useful in Preventing and Treating Alzheimer’s Disease Alzheimer’s disease is the most common neurodegenerative disease in the world and a leading cause of dementia.

8. Arthritis Patients Respond Very Well to Curcumin Supplementation Arthritis is a common problem in Western countries, and most involve some sort of inflammation in the joints.

9. Studies Show That Curcumin Has Incredible Benefits Against Depression Curcumin has shown some promise in treating depression.

– Curcumin boosts BNDF levels, potentially treating depression11
– Evidence that curcumin can boost the brain neurotransmitters serotonin and dopamine12 (which in turn may help with Parkinson’s disease)