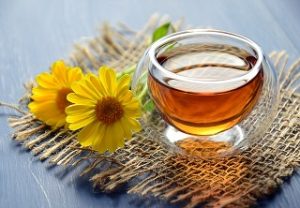 What Is Licorice Root Tea?

Licorice root tea is sourced from Glycyrrhiza glabra. The tea is popularly known as sweet root tea or licorice tea. The latter has a similar taste to black licorice as well as some hints of peppermint and an anise flavor.

Licorice tea was initially popular in Europe and Asia. Early Egyptians awarded it for its delicious flavor and multiple health benefits.

The tea may be made from deglycyrrhizinated licorice (DGL) and glycyrrhizin depending on the production or straining process of the plant.

Research has shown that licorice tea has multiple health benefits, such as preventing heart diseases and sore throat pain. However, there are also serious adverse effects that have been related to excessive use of sweet root tea.

In this article, we will discuss all the benefits and adverse effects of licorice so that you know both parts of the story.

If you have been struggling with stomach problems, licorice tea may be the solution to your problem.

In the olden days, the tea was used to heal symptoms of nausea and stomach upset. The tea also has antispasmodic effects that help in alleviating bloating and gases in the stomach.

Evidence-Based Complementary and Alternative Medicine used 54 individuals to research on the association of licorice root tea on indigestion and heartburns. The participants were given two pills of licorice root every day and showed significant improvements in the two conditions.

Another research group did a study on the impact of licorice root tea on gut health. The results were published in the Brazilian Journal of Infectious Diseases.

The research had 120 individuals, and they focused on the impact of the tea on H. pylori, which causes peptic ulcers and sores. They discovered that regular consumption of the plant extract got rid of the bacteria.

Additionally, the anti-bacterial properties protect the body from pathogens.

If one of your desires is a smooth face, licorice tea got you. This herbal tea has compounds and antioxidants that have anti-inflammatory properties.

A study published in the Iranian Journal of Pharmaceutical Research showed that the tea could assist individuals with inflammatory skin conditions such as eczema. This is because it has an antimicrobial activity which cleanses the skin and eliminates bacteria, causing inflammation.

The antimicrobial and antibacterial properties have benefits on your oral health. Laboratory experiments have shown that the licorice root can fight the bacteria, causing cavities.

A research group studied the impact of the licorice root tea on bacteria associated with dental health and published their results in the Journal of Natural Products.

They discovered that licorice root contains coumarins flavonoids that help in eliminating bacteria that cause canker sores and bad breath.

The next time you have an annoying cough or sore throat, don’t rush to take medicine, instead, make a cup of licorice tea. It helps in boosting your immune system and get rid of the bacteria causing the cold. The compounds of the tea will also soothe your throat, freeing you from the itchy feeling.

Research published in the Egyptian Journal of Cardiothoracic Anesthesia tested the effect of licorice root tea on a sore throat. The participants were patients who had breathing tubes through throat surgery.

A group of researchers studying the benefits of licorice flavonoid oil realized that it would treat obesity.

They used four groups of people for their experiment. The first group took no licorice products while the other groups were given 900, 600, and 300mg of licorice root consecutively.

During the experiment, the four groups took the same calorie intake. The first group had no change in fat mass. However, the other three groups had reduced body weight, LDL Cholesterol, visceral fat, and BMI.

Sometimes the life events of our lives happen in the exact opposite way we expected them to happen. This could lead to depression – when depression hits us, we rush to the pharmacy where we are generously offered anti-depressants. Unfortunately, these pills have side effects on the long run.

It is great to know that there is always another option like drinking licorice tea. Researchers did a laboratory experiment and discovered that the tea had similar effects on mice as those of two antidepressants (Imipramine (Trofinal) and Fluoxetine (Prozac))

Licorice root tea can, therefore, be used as an alternative of anti-depressants.

Side Effects of Licorice Root Tea

Licorice root tea is not safe for women who are trying to get pregnant or are already pregnant.

This is in reference to a study carried out by the American Journal of Epidemiology. They found out that some impounds of herbal tea such as glucocorticoids could lead to psychiatric and cognitive problems in children.

Excessive consumption of tea could also increase the chance of premature birth.

PS: Always consult your physician before consumption of any herbal drink when you are pregnant.

Here are medications that licorice may interact;

How to Make Licorice Root Tea 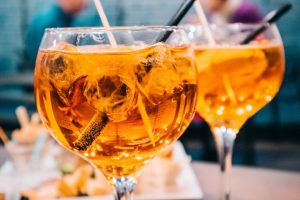 Licorice tea has been used as a remedy for many health problems for many decades. It is one of the most recommended natural remedy for heart problems and erectile dysfunction.