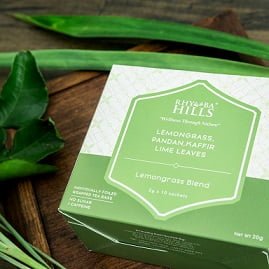 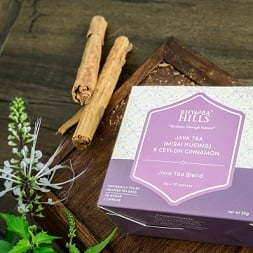 Rhymba Hills® AntyOxy Blend is craftily blended with the best Cinnamon in the world, Ceylon Cinnamon, the humble and aromatic Lemongrass and the superfood turmeric, amongst other ingredients, beautifully blended to make a delicious cup of herbal infusion tea.

Tumeric is known as a superfood, which is a spice yellow in colour. It has been used in India for thousands of years as a spice and medicinal herb. It contains medicinal properties known as curcumin. Curcumin has powerful anti-inflammatory effects and a very strong antioxidant, and this is the main active ingredient in turmeric.

This blend helps with :

– flu and cough
With two superfoods combined, tumeric and Ceylon Cinnamon, this blend will help to ease your flu and cough

With the presence of Roselle, and superfoods tumeric and Ceylon Cinnamon, this blend may give your immune system a ‘shield’ during your most stressful days or when the weather has not been very permissible

Kaffir Lime Leaves has been known to help with oral health, as it has anti-bacterial ingredients

Kaffir Lime Leaves has also been known to help with excessive hair loss and dandruff, as the essential oils will help moisture your scalp 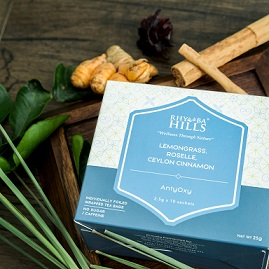 “I was having a terrible cough. After drinking AntyOxy, my cough improved so much”

There are no reviews yet. 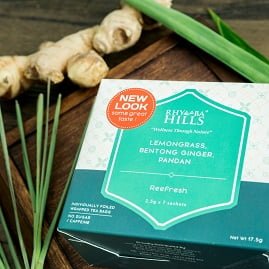